Posted by cathannabel in Politics, Second World War on August 24, 2014

As I get older, I haven’t moved to the right, politically, not a millimetre. I haven’t reneged on the feminism that I embraced in my early twenties, or the anti-racism that I learned from my parents as a young child.  I’m as idealistic as I ever was, despite all that I know, have seen, have learned in over half a century.  But I’m less likely than ever to subscribe to any hard-line view on anything.  I don’t reject all -isms – I have no hesitation in declaring myself as a feminist and as a humanist, but both (to me) are pretty broad churches (if you’ll pardon the expression).

One reason for this is empathy. I suspect that the more empathetic one is, the harder it is to sign up wholeheartedly to any ideology, because sooner or later one finds oneself looking into the eyes of another human being, signed up just as wholeheartedly to a different ideology, but yet with whom one feels affinity.

That isn’t to say that all values are relative and that ‘everyone’s entitled to their own opinion’ or any such vacuous non-thought.  Just that all moral and political questions, every issue that rears its head and demands that one take a view and take a stand, must be viewed through that lens, the one that allows you to feel what the people on the other side might be feeling.  You might not shift an inch, you might be confirmed in your own convictions but they will be tempered and informed by that insight.

In Caitlin Moran’s marvellous and deliriously rude novel How to Build a Girl, her protagonist says:’Perhaps I haven’t yet learned the simplest and most important thing of all: the world is difficult, and we are all breakable.  So just be kind.’

I know, I know.  Far too simple. But as a starting point, as a touchstone, it’s actually pretty radical.

Everything I’ve learned in my working life has suggested to me that departments, organisations of whatever kind, run better for a bit of kindness.  A recognition that all of us, whether we’re the cleaner or the VC, are breakable, and that for all of us the world is difficult.  That if people aren’t achieving what we expect them to, a bit of kindness, a bit of empathy,  may unlock the reasons and enable us to see a way to help them.  It’s not always going to work, and sometimes what the person needs and what the organisation needs is not reconcilable.  But I absolutely believe – and this is based on thirty years experience of managing people, fifteen years of dealing with harassment cases, and nearly forty of being managed myself – that we have nothing to lose by being kind.

I’ve seen, and have been on the receiving end of, styles of management that pride themselves on being tough, that hide behind procedures rather than engage with people, that imagine that tacking the mantra ‘we recognise that this is a difficult time for you and that you may wish to ring this helpline…’ on to a message is sufficient to fulfil a duty of care.  And I know how counter-productive these approaches are.  They destroy trust, they batter confidence, they damage health.

Beyond the world of work, I see the  viciousness of some of the current internecine struggles within the feminist movement, and I despair, because so much energy seems to be being expended on being unkind, on attributing the worst motives to the other side, and – or so it seems to me, from the sidelines – doing anything other than look into the eyes of another human being and recognising that they, like you, are breakable, and just being kind.

Of course I’m not daft enough to imagine that this approach will end the horror in Gaza, or in Iraq. It’s too late for kindness alone.  But in the worst places, the most appalling situations, in the face of real evil, kindness can still do something powerful.  In occupied France, the citizens of Le Chambon sur Lignon took it upon themselves, inspired by their pastor Andre Trocmé, to provide a hiding place for refugees, most of them Jews. 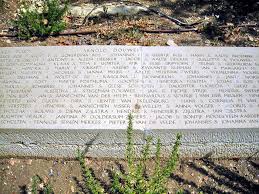 There does not seem to have been any coordinated discussion of whether or how they would do this.  It seems to have developed organically – as people arrived, initially more or less at random, and then increasingly as word spread that this was a place where they might be safe, the community found space for them, worked out systems for alerting everyone to impending raids, trained up forgers and guides to prepare false IDs and to escort people over the border to Switzerland.   Around 3,500 people were saved.  A drop in the ocean, obviously, but there were others – in Nieuwlande in the Netherlands, the inhabitants resolved that every household would hide one Jewish family or at least one Jew.

Even where the rescue of Jews was supported by governments and/or organised resistance movements, or inspired by an influential and charismatic leader within a community,  it was hugely dependent on individual acts of kindness, on individuals choosing to help people rather than to obey orders or save their own skins. When there was no such structured support, individual acts of kindness were all that kept many people alive.  Ronald Rosbottom’s recent account of occupied Paris says – rightly – that there is no record of individual police officers protesting or refusing to cooperate with the Vichy government’s plans to arrest and deport Jews.  However, given that the police had detailed records, knew where all the Jews were, and had planned the raid meticulously, how is it that the total arrested and deported was so far below target?   How is it that resistance groups were able to circulate flyers around the city warning of the impending raid?  That can only have been because individual police officers decided to do what they could, discreetly, and pass on what they knew, and even as the round-up progressed, to create opportunities for people to hide or escape.  What made them take this risk?  Their actions don’t amount to much in the scheme of things, when compared with other acts of heroism, they’re compromised and limited in their effects, but it seems to me that they are examples of people trying, in an impossible situation, to be kind,   In Yolande Mukagasana’s compelling account of surviving the Rwandan genocide, it’s striking how some people that she might have expected would help her turned her away, and others, who had no particular reason to help, did what they could, from choosing not to see or recognise her, choosing not to alert the interahamwe, to hiding and feeding her, whilst the killing went on all around them.

What made the difference? I find myself far more interested in what makes people do the right thing, what prompts those acts of generosity and kindness in situations where such things are dangerous, rather than what makes people do evil.  We know that hatred is infectious, that it can be taught, that when it is fed insidiously into the language and images that we absorb without even realising, it can begin to seem normal.  But generosity and kindness can be taught too, and can be just as catching.

Just as the people who go along with evil are not monsters, those who won’t aren’t saints.  Some of them have religious faith, others don’t.  Some have strong political beliefs, others don’t. Whilst those things may provide motivation, and may provide a rationale for doing the decent thing, I don’t think that’s a sufficient explanation, as this behaviour crosses all such divides, just as evil does.  They may have a more strongly developed sense of fairness, that instinct that makes one feel ‘that is not right’.  They may be more empathetic and find it impossible not to feel what it would be like to be hunted, threatened, vilified.  But these are not purely innate qualities – we start off identifying unfairness when it is unfair to us, and as we mature we learn to extrapolate that to others, if we’re encouraged to do so.  And empathy can be nourished, if it’s seen as something valuable, something powerful.

We need to nurture those qualities.  We need people who give a damn when it’s not their turn to give a damn, who care about other people because they are people, whichever side they’re on.  And we need idealism, because that opens us up to the possibilities of hope, and joy, and people being the best they can be.  To go back to Caitlin Moran,  ‘when cynicism becomes the default language, playfulness and invention become impossible. … Cynicism is, ultimately, fear.  Cynicism makes contact with your skin, and a thick black carapace begins to grow – like insect armour.  This armour will protect your heart, from disappointment – but it leaves you almost unable to walk.  You cannot dance, in this armour.’  And you can’t love either.

When we empathise, we can’t be deliberately cruel, because it hurts us to hurt someone else.  That may not in itself be morality, but it teaches us morality.  We know that harsh words cause other people pain because we feel that pain.  We may cause pain in anger, but we regret it, it haunts us if we have done so.  That doesn’t mean we’re always nice, that doesn’t mean we can’t have hard conversations with people, and tell them things that we know will hurt them, but the way we do that will be informed by our understanding of what it will feel like to be them, hearing this.

I’ve quoted this before, from Joss Whedon’s Angel:

If there’s no great glorious end to all this, if … nothing we do matters … then all that matters is what we do. ‘Cause that’s all there is. What we do. Now. Today.  … All I want to do is help. I want to help because I don’t think people should suffer as they do, because if there’s no bigger meaning, then the smallest act of kindness is the greatest thing in the world.

So it’s not daft, soft, or naive.  It’s vital, it’s difficult and it can be dangerous.

Peter Grose – The Greatest Escape: How One French Community Saved Thousands of Lives from the Nazis (Nicholas Brealey Publishing, 2014)