Posted by cathannabel in Football on December 22, 2016 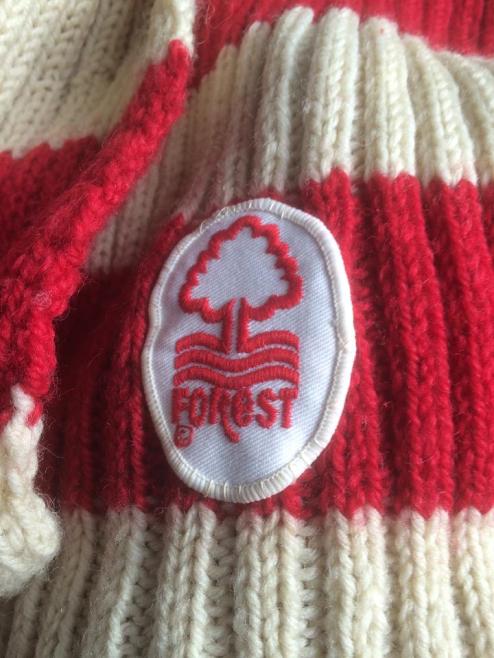 In all of the words I’ve churned out about 2016, I haven’t talked about football.  Whilst it was, indeed, a reason to be miserable, it seemed inappropriate to mention it alongside Aleppo, Trump and Brexit.  And frankly there was nothing to celebrate alongside the brilliant films, books and so on that I have recommended to anyone who’s interested.

Supporting Nottingham Forest has provided very few reasons to be cheerful in recent years.  I have the advantage over my son, in that my years as a Red have included the glory years, the miracle years, celebrated in Jonny Owen’s film, I Believe in Miracles.  The best we’ve seen in his years as a Red has been promotion from League 1 to the Championship, notwithstanding the odd good game along the way.  We’ve appointed and disposed of many managers, some with good reason, others quite arbitrarily. 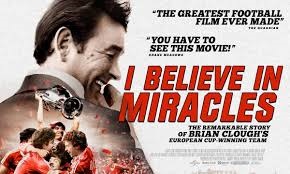 I’ve only managed to get to two games so far this season. I saw them defeated away at Hillsborough, after being one up at halftime, and I saw them beaten 2-0 at home by Wolves.  The latter was quite the worst performance I can recall.

So what can I salvage from a dismal year?  What reasons can I find to be cheerful or at least hopeful?  The change of ownership may well prove to be positive, but we’ll have to wait and see.  And whether with the new owners we have yet another change of manager, and whether that is a good or bad thing – well, the jury’s out.  Should they give him time, particularly given the appalling injury problems he’s had to contend with, or has he already had enough time and failed to prove that he has a grasp of strategy or the ability to get the best out of the players?

But what I do take away from this year is not anything that happened on the pitch.  It’s about what it is to support a team through thick and thin, through glory days and the slough of despond.  It’s about the rueful camaraderie between people who support crap teams, whether they’re crap teams who were once brilliant, or crap teams who’ve always been that way.  Last Saturday summed that up for me. 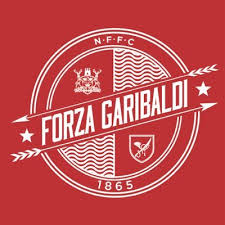 Firstly, Forza Garibaldi.  This group of Forest fans, proper, Forest ’til I die, couldn’t change it if I wanted to, Forest fans, organised a very jolly Xmas pre-match meet up in a Nottingham pub, raising funds for Archie’s Smile, a charity supporting kids with Downs, including one Tyler Cove, whose joyous presence lit up the whole event.  There were Wolves fans there too, who joined in with enthusiasm, sending themselves up and engaging in some competitive ‘we’re shitter than you’ sing-songs which kind of sums up what it’s like being a football supporter outside the top echelons of the Premier League.

Forza’s mission is to

mobilise ourselves into creating a positive, enjoyable occasion around NFFC games both home and away. And, crucially, to harness that into improving the atmosphere and backing of the team. The objective is to create a platform that galvanises the fanbase into wanting to offer their support.
So, how do we do this?
We don’t pretend to have all the answers or a full strategy but our starting point is to get people together before games and create something, a ‘buzz’ if you will. We will do this via mass gatherings at various locations and occasional specialised events with the theme always being that we inject a degree of adrenaline into proceedings. We hope that fervour and passion is then carried beyond the turnstile. 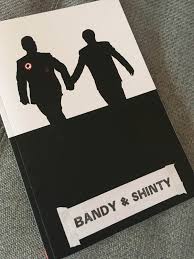 Secondly, Bandy & Shinty.  I’ve found much pleasure in recent years in reading some excellent Forest-focused blogs.  Now there’s a fanzine, its second issue published just a couple of weeks ago, which features fascinating articles on a range of Forest topics, with an incredibly high standard of writing, and beautifully produced.  Copies were very much in evidence at the Forza jollification and I understand they are selling fast.

After the Forza do there was some frankly inept and half-hearted messing about on the pitch, and a well-deserved defeat for the Reds.  I will let other pens dwell on that misery.  After the final whistle we headed home on the train.  A couple of Wolves fans just across the aisle,  and then at Chesterfield we were invaded by a horde of jubilant Bolton fans, singing ‘Up the football league we go’.  We all assumed they’d won, but apparently not.  They’d travelled all the way to Chesterfield, been beaten, but were having a half-decent season and so were in tremendously good spirits.  We ended up talking to the Wolves fans, and one of the Bolton fans, and it was all rather jolly.

I’d love Forest to win, I’d love another miracle.  But I’d settle for staying where we are – no promotion, no Cup runs – if when the team came out on to the pitch we knew that they cared about the team, wore the shirt with a sense of its history and of how important it is to the fans, did their best, every time.  And that the manager had a sense of how to get the best out of all of those players, in terms of motivation and also what Clough did so supremely, to spot what they could do best and then  focus them relentlessly on doing that, just that, until they were unbeatable.

Forest ’til I die, couldn’t change it if I wanted to.