Posted by cathannabel in Refugees on June 21, 2018 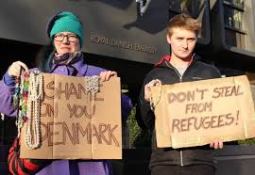 Denmark has had a clear and consistent message to asylum seekers in the last two years: stay away. The latest figures on the number of people seeking asylum in the country suggests that message has finally sunk in.

Denmark received just 3,458 asylum applications in 2017—an 84% drop from 2015 (when the refugee crisis saw a dramatic peak in the number of asylum seekers in Europe). The government puts the drop down to the 67 anti-immigrant (link in Danish) regulations it has passed since 2015.

On October 1, 1943, Adolf Hitler ordered Danish Jews to be arrested and deported. The Danish resistance movement, with the assistance of many ordinary Danish citizens, managed to evacuate 7,220 of Denmark’s 7,800 Jews, plus 686 non-Jewish spouses, by sea to nearby neutral Sweden. The vast majority of Denmark’s Jewish population thus avoided capture by the Nazis and is considered to be one of the largest actions of collective resistance to aggression in the countries occupied by Nazi Germany. As a result of the rescue, and the following Danish intercession on behalf of the 464 Danish Jews who were captured and deported to the Theresienstadt transit camp, over 99% of Denmark’s Jewish population survived the Holocaust.

Denmark received about 240,000 refugees from Germany and other countries after World War II. They were put into camps guarded by the reestablished army.  Contact between Danes and the refugees were very limited and strictly enforced. About 17,000 died in the camps caused either by injuries and illness as a result of their escape from Germany or the poor conditions in the camps. 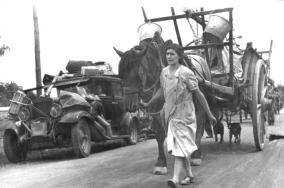 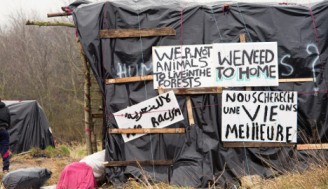 Hundreds of refugees are living in “inhumane” conditions in northern France with no toilets and only polluted rivers to wash in, the United Nations (UN) has warned.  “Increasingly regressive migration policies” and a lack of attention from national and international authorities has led to hundreds of displaced people living without adequate emergency shelter or proper access to drinking water in Calais and Dunkirk, experts said. It is estimated that up to 900 migrants and asylum-seekers are currently based in Calais, 350 in Dunkirk and an unidentified number at other sites elsewhere along the northern French coast. The French government has in recent months, taken temporary steps to provide access to emergency shelter, drinking water and sanitation for some refugees. Up to 200 migrants are currently being put up at a sports centre in Dunkirk. But the UN experts stressed that these were not long-term solutions and warned that there was an absence of valid alternatives in the provision of adequate housing.

The Nazi invasion of France led to an initial panicked flood of refugees – some 6-10m people took to the roads, with little idea of where they might go, carrying what they could.  Many subsequently returned home, deterred by the chaos on the roads, the collapse of public transport, and the difficulties of finding somewhere to live and earn a living.  Increasingly Jews in France, as well as political opponents of Nazism, sought routes out of the country.  Initially they headed to the ‘unoccupied zone’, governed (on paper at least) by the Vichy government under Marshal Petain.  Many tried to cross the border into Switzerland, but were often turned back by zealous border guards.  Those who could cross to Spain headed to Portugal, where they hoped to get on a ship in Lisbon.  Would-be refugees often paid a high price to guides who claimed they could get them to safety – some were cheated, some betrayed, but some did get through. 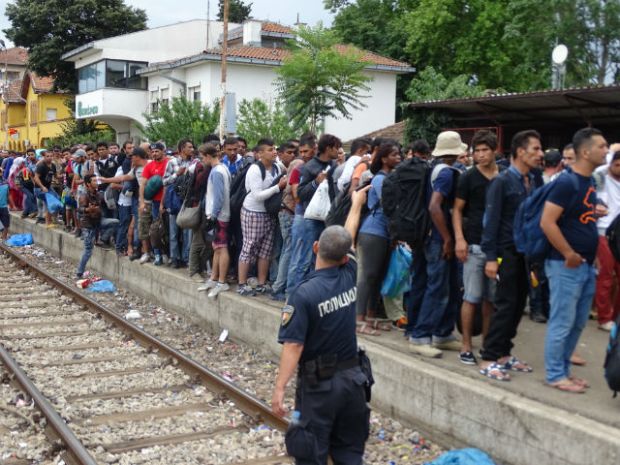 Croatia declared its independence from the former Yugoslavia in 1991. This resulted in a war that lasted until 1995. During this time, 900,000 Croats were displaced both inside and outside the country.  An estimated that between 200,000-300,000 ethnic Serbs left Croatia in August 1995, while 130,000 ethnic Croats left Bosnia and Herzegovina for Croatia.  War broke out in Bosnia and Herzegovina in 1992. During the war, an estimated 403,000 refugees arrived in Croatia as a result of the conflict. The Croatian refugees who left the country began returning in 1996. By 2012,  roughly half of the Croatian refugees of Serbian descent had returned to Croatia. One of the main issues impeding their return was housing.

In 2015, Croatia faced new refugee challenges when a huge wave of Syrian refugees arrived en route to northern Europe. During this influx, more than 800,000 people passed through Croatia. Two refugee camps were set up in Croatia, and the government provided free transport for refugees to Hungary and later to Slovenia. On September 16, 2015, Croatia became one of the main transit countries when Hungary closed its borders to refugees. Since then, the country sees approximately 12,000 entries each day. 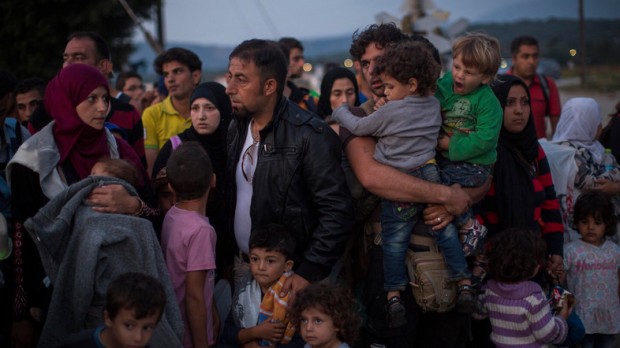 High wages, economic prosperity, a good public education system and a liberal legal framework brought many European immigrants to Argentina between 1870 and 1914.  By the start of World War I, Argentina was one-third European. However, by the end of 1960, most European migration to Argentina halted.  In light of subsequent high levels of regional migration, Argentina signed a regional agreement, along with Brazil, Paraguay, Uruguay and Venezuela, which recognizes the right to migrate, provides equal treatment for foreigners and the right to family reunification. It also established the “Patria Grande” program, granting residency and creating a process for foreigners to become permanent residents. Argentina signed a Memorandum of Understanding with the UNHCR in 2005, dictating the guidelines for the admission of refugees in Argentina. Among the criteria for resettlement in Argentina are that immigrants are survivors of torture or violence, women at risk, or women with children or families with strong integration potential. Before refugees in Argentina are considered for visas, relatives or other Argentinian citizens must vouch for them. The process kicks off with a letter of invitation sent to the refugee family. In July 2016, Argentina announced it would accept 3,000 Syrian refugees, the first country to assist the European Union with the Syrian refugee crisis. 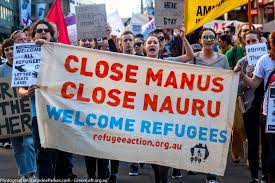 For years, Australia has been punishing people who need our protection. We have been turning back the boats which were carrying them to safety, and shipping and warehousing them in Nauru and Papua New Guinea. If they make it to mainland Australia, we have been detaining them indefinitely and, once they are released, leaving them to struggle in the community without support. … The kinds of services and supports available to people seeking asylum change depending on how and when they came to Australia, the stage of the process they are in, and the visas they have (or did have). Services and supports also vary between and within States and Territories. Even then, the conditions of their visas (if any) often seem arbitrary, and there is little to no transparency in decision-making. On top of this, there are frequent, often unannounced, changes to people’s eligibility for services and supports. In 2018, more policy changes are likely to leave thousands more without any income or government-funded support. As well, policies that punished people seeking asylum increasingly apply to those who came by plane, as well as by boat. These changes add to existing policies that are already driving thousands of people to destitution. Every day, more and more people needing our protection are forced to rely on overstretched and overwhelmed communities and non-governmental organisations to survive. …  People who need our protection should not be punished for seeking it. They should not be forced to choose between starving in the streets or returning home to persecution. They should not be treated as if they are not human, simply because they are not (yet) Australian.

In the ’80s, Maoist terrorist group, Sendero Luminoso, waged a brutal war against the government. Gross human rights violations committed by both parties destabilized the country and left half a million people internally displaced. Many of Peru’s poorest people are refugees from the civil war who lost everything they owned after leaving the countryside and never recovered. Environmental changes, such as drought and shortened growing seasons, have caused a wave of “climate refugees” in Peru. Although Peru has its own challenges of adequately settling internally displaced people, it has opened its doors to neighbors both near and far with initiatives to streamline processes to receive Syrian refugees and the creation of nearly 6,000 visas for Venezuelans to escape the current crisis.