As this year’s Refugee Week draws to a close, I’m reflecting on what effect the experience of displacement has on the children who have been the focus of this year’s event, children who have lost so much that is familiar and reassuring in their lives, had to face hunger, physical danger, separation from family.  The photos of children in refugee camps, smiling for the camera, like children anywhere, should not lull us into believing they are and will be fine.  They are safe, for now at least, they will be fed, and have access to medical attention, maybe even some chances to learn.

But what about their future?

Children are resilient, they’re tougher than you’d think, as all parents remind themselves on a regular basis.   But how do those early experiences, that exposure to death and danger and horror, affect them as they grow?

We can draw upon the stories of an earlier generation of children whose parents entrusted them to strangers, to be transported across Europe and to be taken into the homes of other strangers, to be kept safe, in the hope of a reunion that for many was never to happen.   We know of the confusion that many of them felt, about their past, their identity (not all Jewish children were fostered in Jewish homes); and of the trauma of separation from parents and family, and in so many cases, of the discovery post-war that parents and family had been swallowed up in the barbarity and were lost to them for ever.

Some of the children wrote and talked about their experiences, e.g. Lore Segal’s Other People’s Houses (1964)  fictionalised her experience growing up in five different English households, from the wealthy Orthodox Jewish Levines to the working-class Hoopers.  There are  a number of collections of memoirs, e.g. Into the Arms of Strangers: Stories of the Kindertransport (2008, Bloomsbury/St Martins, New York & London) (edited by the daughter of a Kindertransport child).  A collection of personal accounts can be found at the website at www.quaker.org.uk/kinder.

The artist Gustav Metzger’s work responded directly to the experience that would have been his, had he not escaped in 1939 – in 1961 when he was on trial for civil disobedience, he made an unusually personal statement:

I came to this country from Germany when 12 years old, my parents being Polish Jews, and I am grateful to the government for bringing me over. My parents disappeared in 1943 and I would have shared their fate. But the situation is now far more barbaric than Buchenwald, for there can be absolute obliteration at any moment. I have no other choice than to assert my right to live, and we have chosen, in this committee, a method of fighting which is the opposite of war – the principle of total non-violence.

In 1961 on the South Bank in London he painted hydrochloric acid onto nylon canvasses wearing a gas mask and protective clothing, so that eventually the canvas disintegrated South Bank Demonstration. The demonstration was of an artwork being simultaneously created and destroyed. His second manifesto on Auto-Destructive Art stated ‘Auto-destructive art re-enacts the obsession with destruction, the pummelling to which individuals and masses are subjected…Auto-destructive art mirrors the compulsive perfectionism of arms manufacture – polishing to destruction point.’ (3)

The language and metaphors Metzger uses clearly have reference to the military machinery of the capitalist state. Writing about Metzger’s performance, Kristine Stiles describes the temporal structuring and timing of ‘South Bank Demonstration’ as symbolic of the artist’s personal relationship to the Nazi gas chambers.

Metzger formulated his theory precisely 20 years after he was sent to England as a child of 12 in 1939, following his family’s arrest by the Gestapo in Nuremburg. 20 seconds then is a temporal analog for the time it took to destroy his personal world by killing his family; 20 years, the time of gestation in his own auto-transformation.

Metzger has also been stateless since the 1940s, another clear political response to what was done to his family, first by removing their rights as citizens, and forcing them from their home, him to safety in England, his parents to death in Poland.

Stephanie (Steve) Shirley’s philanthropic activity – as a highly successful businesswoman, she used her money to fund pioneering work on autism, and her influence to counter sexism – is something she explicitly relates to her experience as an unaccompanied child refugee, which she says ‘gave me the drive to prove that my life had been worth saving’.

Writing about the ‘One Thousand Children‘ initiative, the American equivalent of the Kindertransport, Iris Posner comments that they have been ‘inordinately successful’.  Perhaps the combination of the challenge of those early experiences and the sense of debt that Steve Shirley speaks about, have led such children to have a greater drive to succeed, and to give something back.

However, the Kindertransport and OTC children were lucky not just in being saved from destruction.  They came to affluent, safe countries where they had access to the best medical care, the best educational opportunities and employment prospects.   Many of their contemporaries, displaced in the chaos and brutality of wartime and postwar Europe, were not to have those chances.  Like many of today’s child refugees, they lost everything.

Even those who are most cynical, who believe the lies and distortions disseminated almost daily it seems by sections of our national press, would surely see that the fate of these children must be a collective responsibility.  UNHCR report that:

Almost half of the world’s forcibly displaced people are children and many spend their entire childhood far from home. Whether they are refugees, internally displaced, asylum-seekers or stateless, children are at a greater risk of abuse, neglect, violence, exploitation, trafficking or forced military recruitment. They may also have witnessed or experienced violent acts and/or been separated from their families.

It’s a huge task, so daunting that one could throw up one’s hands and say, what can we do?

There are many organisations, around the world, who are doing what they can.  Working in war zones and refugee camps, working to support children wherever they are re-settled, trying to give them the chance of a life.

To quote Sir Nicholas Winton, who himself was responsible for saving around 700 children from Nazi Europe, ‘If it’s not impossible, there must be a way to do it’.

With the resources we have, collectively, it’s not impossible.  It can’t be. 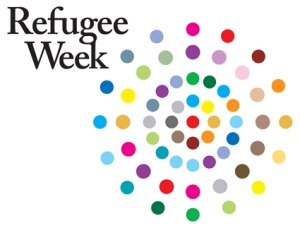 This entry was posted on June 22, 2014, 10:11 pm and is filed under Refugees. You can follow any responses to this entry through RSS 2.0. You can leave a response, or trackback from your own site.