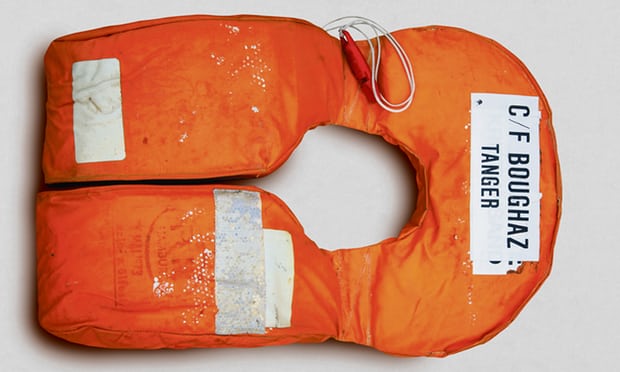 Over the last few years I’ve tried to post after terrorist atrocities and mass shootings the names, not of the perpetrators, but of the victims.  It’s the same principle that informs so many projects arising out of the Holocaust and other genocides, of restoring to the dead something of who they were, in the face of their dehumanisation.

The refugees who have died attempting to find a new home in Europe, driven from their own homes by brutal war, terrorism and desperate poverty, deserve no less.  But we know so few of their names.

On World Refugee Day (20 June) The Guardian published The List.  It goes back to 1993, when Kimpua Nsimba, a 24 year old refugee from Zaire, was found hanged in a detention centre, five days after arriving in the UK. It’s the work of  United for Intercultural Action, a European network of 550 anti-racist organisations in 48 countries.

It lists only those whose deaths have been reported – 34,361 of them.  The total is almost certainly much higher than that.  Many simply disappear.

Istanbul-based artist Banu Cennetoğlu, whose work explores the way knowledge is collated and distributed, and its subsequent effect on society, has worked with the List since 2002.

Among other places, she has put it on bus stops in Basel, Switzerland; billboards in Amsterdam; a wall in Los Angeles; advertising columns in Berlin; and a public screen on top of Istanbul’s Marmara Pera hotel.

This is the first time the List has appeared as a supplement in an English-language newspaper; it is also available from today as a downloadable PDF on the Guardian’s website.

The List is not an artwork in itself – the art lies in its dissemination. Cennetoğlu always ensures that the look of the list remains the same – a grid of data, showing the year, the name of the refugee, where he or she came from, the cause of the death and the source.

The most recent version of the List was finished on 5 May 2018. Other material has been produced by Guardian journalists, using the List as a source, to report on how the shape of the refugee crisis has changed over the years.

The List is a stark depiction of the scale of the refugee crisis and the human suffering it has caused over the past 25 years – misery that seems to have no end in sight.

There are over 400 suicides.  People who had risked everything and believed, at least in that moment, that they had failed, that they were about to be sent back to the place they’d fled, that their family had perished en route.
There are so many lost at sea.
Some stowed away in trucks or on freight trains and froze to death, or were crushed, or electrocuted.
Some died of illnesses contracted during their journey and a lack of medical care in detention.  Others died as a result of the methods of restraint used by police officers or border officials.
They are all ages – from babies to the elderly.  Small children and pregnant women.
They came from Syria, Cameroon, Iraq, Turkey, Eritrea, Colombia, Somalia, Afghanistan, Nigeria – and from we know not where.
We know some of their names, but there’s only one whose name was, at least briefly, in the headlines of the papers.  Alan Kurdi, aged 3, who was drowned along with his brother and his mother and whose tiny body on the beach somehow brought home to so many people that these were people like us, people in need of help, not vilification and contempt.
We know some of their stories.
But for the many, the vast majority, we know only the cause of their death, not what they were running from, or to.  It’s enough though, to paint a bleak and devastating picture of human desperation and determination.  They are not an amorphous mass, a swarm, a flood.  They are each individuals, with hopes and fears, dreams and aspirations, potential and skills.
And whilst there are wars, and famines, and oppressive governments, laws and customs, they will keep hoping, keep aspiring, keep risking everything on the chance of freedom and safety.
See also this project, recording the names and faces of those who’ve died in Australian immigration detention on Manus Island and Nauru:
Deaths in offshore detention: the faces of the people who have died in Australia’s care

This entry was posted on June 22, 2018, 12:50 pm and is filed under Refugees. You can follow any responses to this entry through RSS 2.0. You can leave a response, or trackback from your own site.