One of the glorious by-products of the movements of peoples around the world, however grim the reasons, is the music.  Music can cross any barriers, transcend any divisions, no translation required. People driven from their homes make take very little with them, but the songs they grew up with, the music they danced to or played, those weigh nothing.  And they enrich the communities in which those people find new homes – music that moves our hearts, our hips, our feet, that comes from places we’ve never seen, with lyrics in languages we don’t speak.  Music is vital.

That’s one of the reasons why watching Abderrahmane Sissako’s latest film, Timbuktu, is so intense and so harrowing.  The ISIL/Taliban group who have taken over Timbuktu spend their evenings listening out for any sounds of music and silencing it.   You could say that there are worse things – this regime does those too, stoning to death a couple accused of adultery.  But killing music is a way of killing the soul. 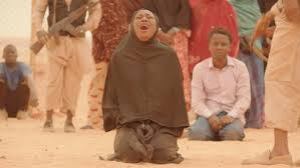 The young musicians who make up Songhoy Blues fled their homes in the north of Mali and since then have been taking their desert blues around the world.  They’re doing Glasto next week, but last July at Sheffield’s Tramlines festival I saw them play live and they made me dance, made me smile like an idiot, made me cry a little, when Aliou Toure spoke about his country, his continent, and what the music stood for – peace, love, unity. 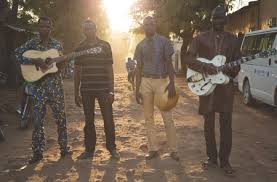 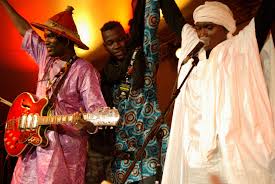 This entry was posted on June 21, 2015, 7:07 pm and is filed under Film, Music, Refugees. You can follow any responses to this entry through RSS 2.0. You can leave a response, or trackback from your own site.