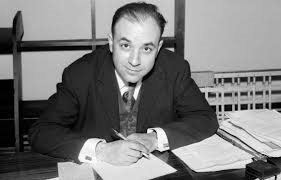 A writer more written about than read, perhaps.  A demanding writer, ‘difficile et crypté’, yes.   And impossible to sum up, as obituarists are doubtless realising right now, as the news of his death crosses the globe.

All the tributes will make the obligatory reference to the ‘nouveau roman’, despite Butor’s insistence that he was never really a part of this group, despite the fact that it was never really a group anyway.   All the tributes will mention La Modification (though the French Minister of Culture has apparently referred to it today as La Consolidation…), his best known work.  But a glance along the shelves of even a modest Butor collection such as mine will show the diversity of his oeuvre.

Four novels, all from the 1950s, including the aforementioned La Modification, as well as the novel which has obsessed me for the last 10+ years, L’Emploi du temps. Mobile, an ‘étude’ on the US, a sort of road movie in poetic form. 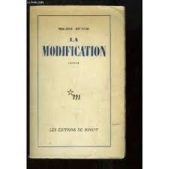 Portrait de l’artiste en jeune singe (Portrait of the Artist as a Young Ape), which plays with autobiographical elements and Gothic horror tropes: ‘history, fact, illusion, myth, dreams, legends, black magic and memory become indistinguishable’.  The series Genie du lieu (Spirit of Place), meditations on the places he lived, worked in and visited, from Egypt to Australia, and back (again and again) to Paris with whom he had a love-hate relationship throughout his life.  Another series of meditations, on dreams, Matière de rêves, as well as Histoire extraordinaire: Essai sur un rêve de Baudelaire.  Essays on literature, and Illustrations, texts to accompany imaginary images.  Dialogues with Beethoven’s Diabelli Variations and with Stravinsky’s Concerto for Two Pianos.  And collaborations – with composers such as Henri Pousseur, and with visual artists with whom he produced ‘artists’ books’, where his text worked with/alongside/as part of the piece.  Poems by the hundred, some few collected in the Anthologie Nomade.

Butor was born in a suburb of Lille, third in a family of seven children.  His father worked for the railways, but was also an artist.  They moved to Paris in 1929, where they remained apart from a spell in Evreux during the ‘phony war’.  After studying at Lycée Louis le Grand and the Sorbonne, Michel taught in Egypt, then took up a two-year post as lecteur at Manchester University (‘a difficult change of climate’). He published his four novels with Editions de Minuit, and they gained considerable critical acclaim, winning prestigious literary prizes.  He married Marie-Jo, had four daughters, travelled and taught around the world, his last academic post being at the University of Geneva.  Retired since 1991, he continued to write, particularly in collaboration with other writers and artists, but the loss of Marie-Jo in 2010 meant that ‘the powerful creative spirit, the enthusiasm for reaching new frontiers of understanding and knowledge, and the appetite for travelling, all were less intense’.

Attempting to sum him up might be a lost cause.  His Complete Works (which was acknowledged to be far from complete) ran to 12 hefty volumes.  A ‘perpetual innovator’, he was preoccupied with crossing and blurring borders and boundaries, between countries, between people, between creative genres.  He was a poet, a philosopher, an academic, a specialist in music, painting and literature, and a great traveller, and he built a body of work that was unclassifiable and complex. 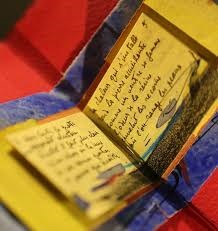 He saw art in its broadest sense as a ‘ gigantic weaving, with a profusion of individual strands and threads’, to which all the arts and all artists contribute.  There is no such thing as an individual work, no such thing as a completed work.  The boundaries between text and music and painting are not fixed, they are ‘three faces of the same enterprise’, this ‘immense cultural weaving’.

And while readers and critics acknowledge that his works make strenuous demands upon them, what is also acknowledged is that he was a man with ambition but without arrogance or ego.  He believed in the importance of his own work as part of this cultural fabric, but not in his personal importance.  He was no austere ascetic, but loved wine, and jazz, and detective novels. He was generous and warm, as his many interviewers have invariably noted.

He was also idealistic.  He believed that art could change the world, that it was vital.  Poets to him were the researchers and the technicians of language, and it was through working on and with language that they could change the world.     His adolescence in Paris during the Occupation, when violence and the thread of violence were ever present, when words were dangerous and silence could be resistance or collaboration, when knowledge was rationed and ideas a clandestine currency, haunted his work and fired his beliefs in art and freedom.  He didn’t write to sell books, he wrote to find a unity in his life, writing was a ‘spinal column’.

Butor’s writing does not lend itself generally to uplifting quotations.  But today one does spring to mind.

Every word written is a victory over death.

This entry was posted on August 25, 2016, 3:28 pm and is filed under Michel Butor. You can follow any responses to this entry through RSS 2.0. You can leave a response, or trackback from your own site.