Magnus Wennman’s heartwrenching series of photos,  “Where The Children Sleep,” , shows what happens to the children fleeing the conflict in Syria.  He says that whilst the conflict and the crisis can be difficult for people to understand, “there is nothing hard to understand about how children need a safe place to sleep … They have lost some hope.  It takes very much for a child to stop being a child and to stop having fun, even in really bad places.” 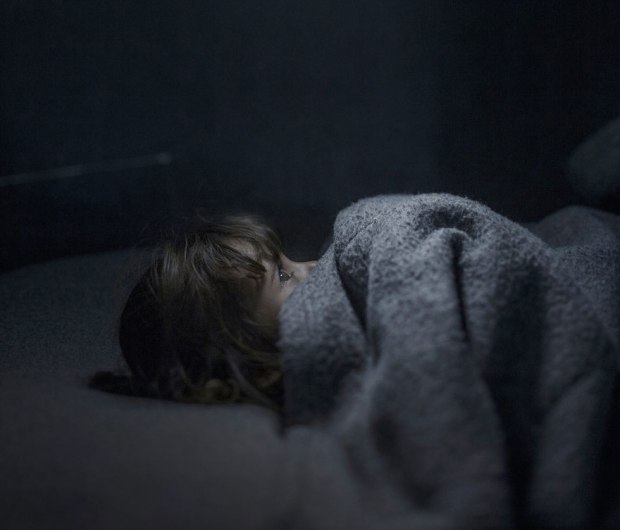 The recent debate about offering sanctuary to unaccompanied child refugees was constantly and powerfully connected to the story of the Kindertransport.  As the Nazi threat to the Jews of Europe became clear, a number of individuals, including Sir Nicholas Winton, negotiated and organised transport for children to places of safety.  Their parents sent them onwards, with small suitcases or rucksacks packed with care and love, with the things they thought they’d need and the things that would remind them of home.  Some parents managed to get away separately, and were subsequently reunited with their children.  Most were too late, and perished. 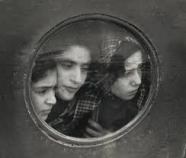 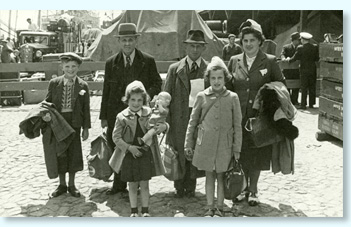 The children who arrived in the UK were welcomed by a variety of organisations, Jewish and Quaker amongst others, and provided with foster homes.  There was a brief window of opportunity – once war was declared, borders closed, and no more trains could leave Germany, Austria or Czechoslovakia.  Other trains would take many of the children left behind to other, terrible destinations.  Some children got no further than France or the Netherlands, and many of those were deported from the homes they’d found there after those countries were occupied.  Gerda-Sophie Klein was born in Vienna in 1935, and came to the Netherlands early in 1939.  She survived until 1944, when she was deported to Auschwitz and murdered, on her 9th birthday.

In the House of Commons, on 21 November 1938, Sir Samuel Hoare (then Home Secretary) told Members of Parliament:

I could not help thinking what a terrible dilemma it was to the Jewish parents in Germany to have to choose between sending their children to a foreign country, into the unknown, and continuing to live in the terrible conditions to which they are now reduced in Germany. I saw this morning one of the representatives of the Quaker organisations, who told me that he had only arrived in England this morning from a visit to Germany and a visit to Holland. He inquired of the Jewish organisations in Germany what would be the attitude of the Jewish parents to a proposal of this kind, and he told me that the Jewish parents were almost unanimously in favour of facing this parting with their children and taking the risks of their children going to a foreign country, rather than keeping them with them to face the unknown dangers with which they are faced in Germany.

No one claims an exact equivalence between the circumstances in Nazi Europe and those we face now.  But equally no one would doubt that in desperate circumstances children are the most vulnerable, least able to defend themselves, most open to abuse.

It is often asked, below the line, what kind of parents would abandon their children to such a fate.  Firstly, it is a huge assumption that these children have been abandoned.  Many will be orphaned.  Many will have become separated from their parents in the chaos of flight.  And some parents, faced with the desperate choice to save some but not all of the family will have chosen to send their children on to at least the chance of safety, as those parents did 80 years ago.

It’s also often claimed that the children are a sort of Trojan horse – if we allow our hearts to soften and give them sanctuary here, their parents and older siblings will then emerge from the shadows and demand to join them. Or that they are not in fact minors, just young-looking adults.   It takes a particularly determined brand of cynicism to look at these children in such need and see only threat and deceit.

Most of us will see instead both vulnerability and potential. If we take them in we can both protect them from the dangers they currently face, and allow them to fulfil the potential they have, to contribute to the country and the community that gives them sanctuary.

The children of the Kindertransport gave back, richly.  Four are Nobel prize laureates, others have built distinguished careers in all branches of the sciences and arts, in politics and business.

One of the Kinder, Dame Stephanie “Steve” Shirley, explicitly linked her philanthropic work to her history:  ‘I need to justify the fact that my life was saved.’

We can’t know who amongst the children currently stranded in war zones or in refugee camps might prove to be an outstanding scientist, writer, composer, or entrepreneur.  We can only know that whilst they live the half-life of the refugee camp, deprived of stability, education and adequate healthcare, they cannot be the people they have the potential to be.

The last words on this are those of the late Jo Cox. who would have been 42 years old today.

We all know that the vast majority of the terrified, friendless and profoundly vulnerable child refugees scattered across Europe tonight came from Syria.

We also know that as that conflict enters its sixth barbaric year that desperate Syrian families are being forced to make an impossible decision: stay and face starvation, rape, persecution and death or make a perilous journey to find sanctuary elsewhere.

And who can blame desperate parents for wanting to escape the horror that their families are experiencing. The reality in which children are being killed on their way to school, where children as young as seven are being forcibly recruited to the front line and where one in three Syrian children have grown up knowing nothing but fear and war.

These children have been exposed to things no child should ever witness and I know I personally would risk life and limb to get my two precious babies out of that hell-hole.

Howl Yuan – The Invisible Guest (6.00 pm and 7.00 pm): A drop-in, one on one performance followed by a full audience show, exploring how we are changed by our names, the places we live, the languages we use

Eclipse Theatre Company & Amaal Sharif – Rather: A Work in Progress (7.30 pm): One man’s journey to understanding humanity and the bonds that tie us together more than land, blood, language or creed

Rachel Munro-Fawcett – To Walk in Your Shoes: a documentary exploration of asylum, giving a voice to the voiceless

New Calais census released – 700 children in Calais, 78% on their own

This entry was posted on June 22, 2016, 4:01 pm and is filed under Refugees. You can follow any responses to this entry through RSS 2.0. You can leave a response, or trackback from your own site.