We’re living in strange times.  Last year’s Refugee Week took place in the aftermath of Jo Cox’s murder, and midway through, we found out the outcome of the EU referendum, which for so many of us, perhaps falsely reassured by the predominance of Remain sympathies in our social media bubbles, was profoundly shocking, as well as filling us with dismay and fear about the future.  Our world was further shaken in November by the outcome of the US election – again, we were unprepared for a Trump victory, and fearful of the impact it would have – we still are, although straightforward incompetence and inefficiency seem to have mitigated some of the potential harm so far.

This week Refugee Week takes place in the aftermath of terrorist attacks which have claimed innocent lives in Manchester, on Westminster and London bridges, in Borough Market and Finsbury Park.  And then there’s Grenfell Tower, a human tragedy of unbearable proportions.  That’s not even to mention a General Election and the start of the Brexit talks.

This time last year I wrote these words, which are still pertinent:

I said a week ago when I started my annual Refugee Week blogathon that it felt different this year.  As Refugee Week draws to a close it feels unimaginably different again.  We are in, as so many people said during the long hours as the result of the referendum emerged, uncharted territory.  We are in uncertain times.

For refugees and asylum seekers there is no charted territory, there are no certain times.  But as anecdotal evidence mounts of racism and xenophobia seemingly legitimised and emboldened by the vote to leave the EU, as we wait for those who would lead us into this brave new world to give us a clue as to what it will be like, I know I am not alone in being afraid. …   But many of us do share the belief that how we treat people who seek sanctuary from war, persecution and starvation is a measure of what kind of country we are, what kind of people we are.  And many of us do believe that generosity, empathy, compassion are qualities that represent the best that we can be, individually and collectively.

So as this Refugee Week ends we will be continuing to say that refugees are welcome, saying it louder if we need to, if the voices against us are more numerous or more vociferous.

I’ve returned this year to some of the themes I regularly write about.  I’ve revisited the work of Cara with at-risk academics, for example, prompted by my own University’s engagement with their current campaigns and its funding of scholarships and fellowships for refugee academics and students.  I’ve talked again about child refugees – remembering the Kindertransport in light of this government’s shameful reneging on the Dubs amendment.

I’ve tried to celebrate the work of so many superb organisations, large and small, who are working to support refugees around the world and here in the UK, addressing the politics and the practicalities, making a huge difference against the odds.

Each year I approach this entirely self-imposed task – to post every day during Refugee Week about some aspect of the crisis faced by so many millions of people forced to flee their homes – with a certain amount of trepidation.  Who do I think I am, really, to speak about these things?  I’m no expert, I’m merely a keyboard activist, I have no direct personal experience of the things I write about.  And who am I writing for?  Preaching to the choir, surely, given that my readers, my social media contacts, by and large are people who share my world view.

But as much as I berate myself for hubris in taking the task on, I cannot relinquish it.  I write, that’s what I do.  I use this blog to talk to whoever might be listening – and if I change no one’s mind, perhaps the information and ideas and links that I gather for each piece will be useful to someone else, somewhere along that chain of communication that we build as we share and retweet – about the things I care about and the things that trouble and grieve me.  And this issue is something I care about, passionately.

Perhaps it is personal, after all.  My first Refugee Week blogathon recalled events which, even though I cannot claim to have directly witnessed them, or even to truly remember them, still shaped me:

During the series of coups and counter coups leading up to the secession of Biafra and the Nigerian Civil War, thousands of Igbo people were killed in the northern territories of Nigeria.  Many more fled to escape the massacres.   Chimamanda Ngozi Adichie‘s Half of a Yellow Sun gives a harrowing account both of the pogroms and of that flight, from a number of perspectives – the Igbo heroine, in Kano as violence explodes, who escapes on a train along with many others, traumatised, lost and bereaved; the Englishman who finds himself at Kano airport as Igbo staff and travellers are identified and killed; the people meeting the trains as they arrived, searching for their own friends and family afraid to find them and not to find them.

As I read her account, I found myself shaking and weeping.  I lived in the north of Nigeria at this time.  I was a young child, 9 years old, and my parents shielded me and my younger siblings from as much as they could.  But I knew that people were being killed because of their ethnicity.  I saw the mob which approached our home looking for Igbos, knew that my father and a friend had gone out to speak to them, to try to calm them and deter them but without success.    I knew of westerners arriving at Kano airport, to witness scenes of horror, some of whom got back on the plane as Richard does in the novel.  I learned later of the people who my parents found hiding in the unoccupied house across the road from us, who my father took in the back of our car, covered with blankets, to the army compound where others had taken refuge, and of the train organised by another expatriate to take them all to safety but which was ambushed, its passengers dragged out and killed.

As a teenager I pieced these stories together, from the recollections that my parents were finally willing to share without holding back, and the fragmentary memories that I did have suddenly made sense.  And I’ve been piecing it together ever since, as I see the people who fled from the town I lived in over and over again, in the faces of those seeking refuge from war and persecution today, as I see them in the faces of those who fled war and persecution generations ago.

And once you do that, you become aware of the connections, of the way in which everything that is happening around the world is interlinked.

As Daesh suffer military defeats and the loss of their territory, they increase their terrorist attacks in the west but far more often in the Middle East and Africa, killing ‘Crusaders’ but far more often Muslims who happen to be the wrong sort of Muslim.  And as one of the major forces creating refugees, they are also used as a reason to mistrust those very refugees.  Because, so they say, they could have pretended to be refugees, paid a fortune to traffickers, risked drowning in the Med, lived on minimal rations in a refugee camp, simply in order to launch attacks in European cities…  The uncomfortable truth, that attacks in European cities have been carried out by long-term residents of those cities, isn’t allowed to disturb the anti-refugee narrative, and the call in the wake of every attack for borders to be closed, etc.

The first officially confirmed casualty of the Grenfell Tower disaster was Mohammad Alhajali, a refugee from Syria, who had survived civil war and the perilous journey to the UK, only to die in his own home as a result of an accidental fire and the criminal neglect of fire safety in social housing. 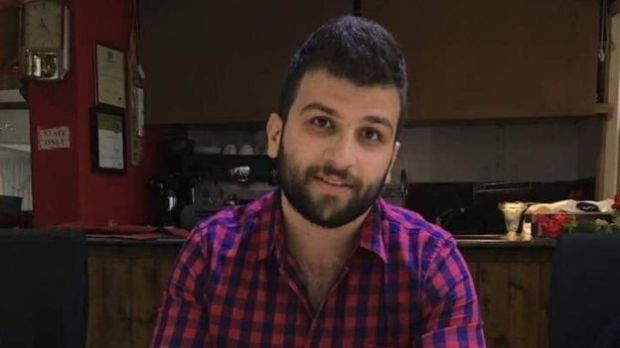 And we learned that one reason for the difficulty and delays in identifying the dead, or even coming up with a reliable total of those who perished, was that there may well have been people living in Grenfell Tower who were ‘off the radar’, worried about their immigration status, unable to afford their own accommodation and so unofficially staying with friends or family but not on any list of tenants.  People like asylum seekers (those waiting for a decision, and those who have been refused), and those newly granted refugee status who have not yet got the paperwork together to get a place of their own.  Grenfell Tower sheds a harsh light on so many aspects of our society – the calls for a ‘bonfire of red tape’, the mockery of ‘health & safety gone mad’, the contempt of the wealthy and privileged for those on the margins – the culture of ‘us and them’. 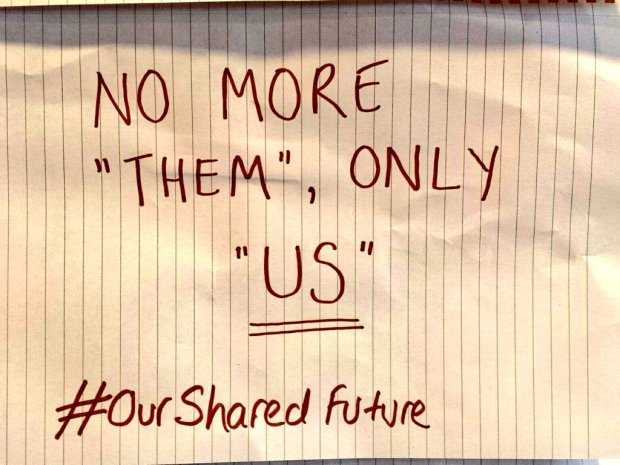 That really is the heart of it all.  We can refuse the ‘us and them’, we can assert that it’s all us.  It’s the only way to be human, really. 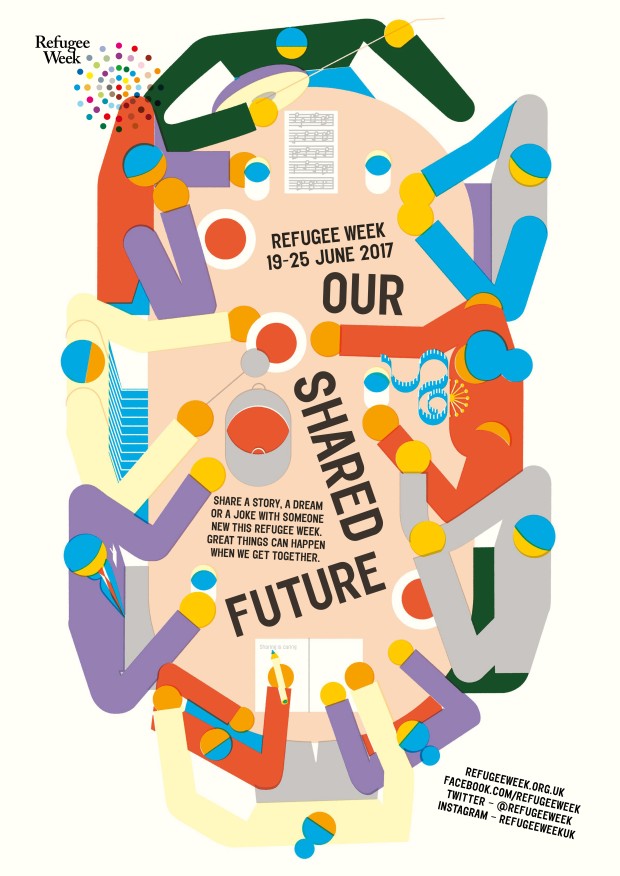 This entry was posted on June 25, 2017, 10:28 am and is filed under Refugees. You can follow any responses to this entry through RSS 2.0. You can leave a response, or trackback from your own site.